Richly filled board with delicacies of meat. With pork belly, chicken thighs, two types
of dry sausage, cashews and olives.

Richly filled board with fresh fish. With our home-pickled salmon on toast, fresh
shrimp cocktail on toast and mackerel salad on toast, walnuts and olives.

Board with Dutch cheeses €15

Richly filled cheese board with a selection of 4 fresh Dutch cheeses, partly on toast
with a spoonful of syrup, walnuts and olives.

For the real connoisseur: a combination of our meat board, fish board and cheese
board, put together by our chef Rudolph. If you have preferences, please indicate
them!

Snack boards were already famous in the 17th century here in the Flying Fox
Inn and were composed of fresh daily scraps from the kitchen. That way,
there was always something tasty to eat for the late visitor or guest and the
beer and wine flowed abundantly until the late hours …. Cheers! 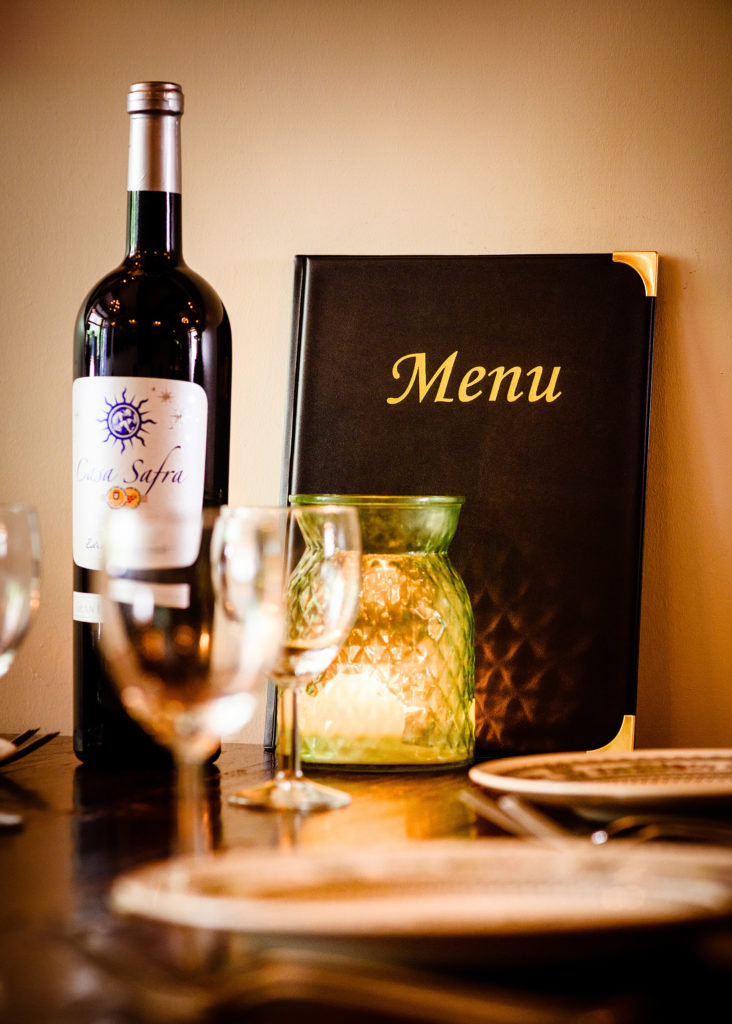 The 17th century, known as the Golden Age, was a period of trading spices from Africa. In 1669 a cookbook was published, The wise cook or careful housekeeper. It contained special dishes, including roast chicken with turmeric. That is special, because it is hardly used in the kitchen these days.

In the 17th century there was a rule that a servant should not be allowed to be feed salmon more than three times a week. This fish was so cheap and the salmon was not a delicacy at the time. 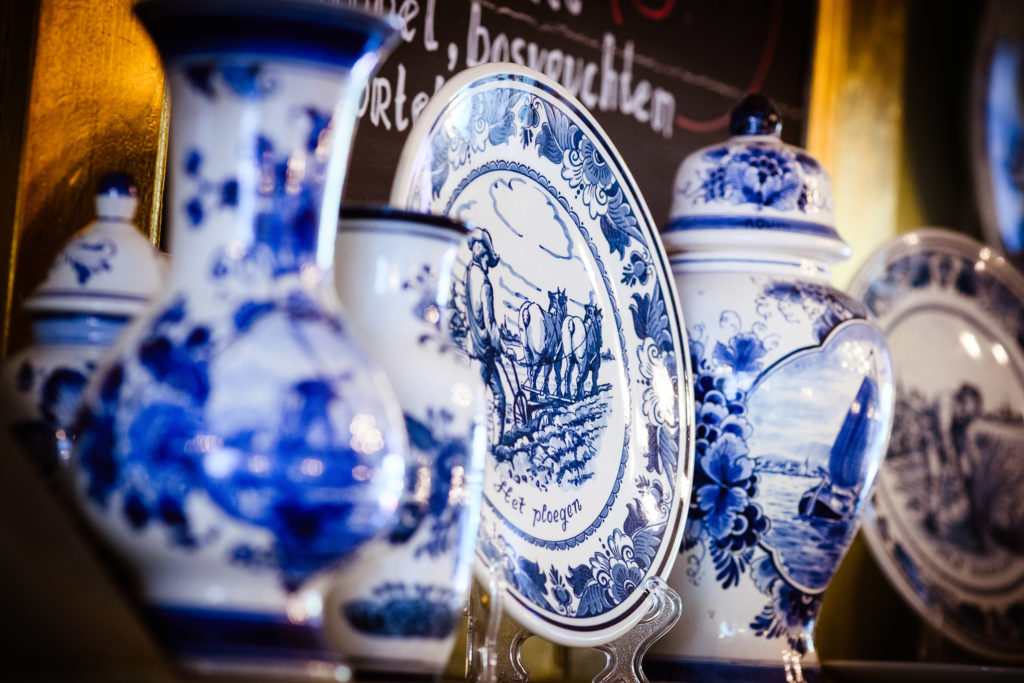 A delicious combination of our home-baked beer bread with our own fresh herb cheese and freshly chopped seasonal vegetables.

Creamy soup of forest mushrooms with truffle. People used to think mushrooms were strange, scary things. Mushrooms were therefore quickly associated with magical stories. The Dutch name for the mushroom originated from this magical world. Toads (“padden”) were the pets of
witches and wizards. And when those toads were tired, they rested on their own chairs (“stoelen”) in the forest: “paddenstoelen”. A truffle is a fungus that grows underground, on the roots of various tree species.

Richly stuffed homemade Dutch soup with fresh North Sea fish and seafood on a lobster base. This fish soup is originally a poor man’s food: unsaleable fish were cooked by fishermen on the beach in seawater at the end of the working day and then eaten together. The boiling wet (broth) was poured over pieces of toasted bread (croutons) and eaten with a spiced mayonnaise as an appetizer. The boiled fish was then the main course.

Classic chicken ragout in a bowl of puff pastry. In French this dish is called “bouchée à la Reine” hence the name. The queen’s snack is said to have been invented by or for the wife of King Louis the XV. Our ragout is made of biological chicken and homemade chicken stock that simmers gently for up to 6 hours.

Classic Dutch shrimp cocktail of fresh North Sea shrimp, lettuce and our own homemade cocktail sauce with a bar of toast with butter. For many of us a nice childhood memory but this autumn with us again on the menu.

Firm tartare of ox sausage on own toast with a poached egg. Ox sausage is originally an Amsterdam sausage, which was made from oxen. This specialty has its origins in the seventeenth century, when oxen were widely imported from Denmark and Germany. The spices in this sausage, such as pepper, cloves, mace and nutmeg, came from the Dutch East Indies. Traditionally, ox
sausage is made from matured meat that is smoked at low temperature, so that the meat remains raw but has a longer shelf life.

At the table with the Captain  €15

Our classic dish of capuchins, fried bacon and onion rings, apple and a hearty piece of pork belly. A dish consisting of ingredients that have a long shelf life and was therefore served on board our VOC ships, where the crew only received the bacon fat and the captain a nice piece of pork belly from his own stock.

Baked salmon loin in a hazelnut jacket with cream of Jerusalem artichoke, samphire, and Hollandaise sauce. In the 17th century our rivers were still well filled with salmon, but that quickly declined, especially through the construction of water mills. Special dams were built for water mills in many places in the Netherlands. These were an obstacle for the salmon that swim
upstream to lay eggs.

Baked vega tartare of goat cheese, fresh herbs, winter carrots and zucchini with a fine dressing and baked potatoes from the oven, sure to surprise you!

Say, do you know the Mosselman? daily special, daily price

We serve fresh mussels from Thursday to Sunday, while supplies last and if we find the quality offered good.
Optionally cooked in white wine or beer with bread or bantam and of course our homemade sauces. It is highly appreciated if you sing the song while your mussel pan is served …

Oven-baked biological chicken leg with a mixture of fresh seasonal vegetables and baked potatoes. Of course, with our own mayonnaise. Children but also adults love it!

Fresh fried steak with a cream of Jerusalem artichoke and fresh season vegetables in a gravy of onion and baked potatoes. Of course, with our own mayonnaise. Beef as steak was mainly eaten by the well-to-do bourgeoisie in the 17th century. The people mainly ate pork that was cheaper and that was also thought to be healthier.

Traditional Dutch oven dish of chicory with ham and cheese, juicy chicken thigh and potatoes in a spicy sauce of cream cheese. The “forcing” (winter vegetable cultivation in the dark) is a French invention of the 17th century. This technique created a precursor to the chicory. This forerunner from France was probably the white “Louef” to be found in a Brussels purchase account of the 18th century. Hence the name Brussels chicory (In Dutch”Brussels Lof”).

The famous Millionair’s Shortbread made by our Chef Rudolph. Think of a Twix: a crusty cookie dough base with a layer of caramel and a layer of chocolate on top, but bigger and tastier! With whipped cream and a sprinkle of chocolate sauce. Shortbread is a classic Scottish dessert consisting of flour, sugar and butter. Although shortbread was made as early as the 12th century, its sophistication has been attributed to 16th century Mary, Queen of Scots.

Variable pastries from our own oven, such as fresh apple pie, chocolate / cherry pie and more. Ask for what is there!

Our fresh sticky toffee pudding is a heavenly combination of a warm cake with date, flavored with gingerbread spices and a fresh toffee sauce. An originally English recipe that should not be missing in classic cuisine. Every self-respecting chef from Gordon Ramsay to Jamie Oliver have it in their repertoire. But not as good as that of our chef Rudolph!

Inspired by the famous delicacy “After Eight”, which in the 70s was not to be missed on any dinner table. But the combination of mint and chocolate goes further back to the 17th century when chocolate made its appearance in the Netherlands and people in the nobility were looking for beautiful combinations of Dutch ingredients with this alien black gold. We combine our
homemade chocolate ice cream with special amaretto cake and homemade fresh mint.

Home-baked sugar bread with a scoop of “Boerenjongens” (Farmerboys) ice cream, whipped cream and a lawyer. Sugar bread is white bread in which granules of sugar are baked and to which cinnamon and sometimes ginger syrup are added. In the Golden Age, the bread was given as a gift to mothers who gave birth to a girl. “Boerenjongens” ice cream is actually the Dutch version of the Spanish Málaga ice cream based on milk, cream, sugar and eggs. The distinctive feature of Málaga ice cream is the addition of raisins inlaid in Málaga wine, a sweet dessert wine.

A delicious cheese board with various cheeses from cow’s milk and goat’s milk. With a spoonful of traditional apple syrup, some walnuts and, if desired, a glass of port or 25-year-old sherry. An originally French tradition to have a cheese platter before the sweet dessert had to do with the fact that you could enjoy the wine from the main course. The Dutch nobility took over in the 17th century. Nowadays ordinary citizens can also have cheese as a dessert even without a sweet dessert afterwards …

The menu has a usual range of drinks such as coffee, tea, beer, wine, soft drinks, milk, fruit juices and various domestic and foreign spirits.